In New Mexico and the United States as a whole, recent months have seen unprecedented attacks on the traditional energy sector from policymakers in Santa Fe and Washington. The potential harm of President Biden’s ban on oil and gas production on federal lands has been well-documented.

Our State, New Mexico, will be disproportionately impacted by such a ban, particularly if it lasts for many months or years. We are the 3rd-largest oil producing state in the nation and about half of that production (more than any other state) comes from federal lands.

Unfortunately, the Biden Administration’s anti-energy animus doesn’t stop there. Policies across the board are being pushed on the assumption that if the United States acts, we can address global climate change. In Washington that means everything from pulling the permit for the Keystone XL Pipeline to shifting the federal government’s fleet of vehicles away from gasoline and towards electric vehicles. 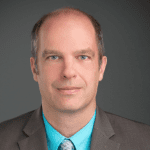 Not to be outdone, bills in the New Mexico Legislature would do everything from mandating all new construction (homes and schools) in New Mexico incorporate solar panels to mandating 75 percent of all state-government vehicles be electric-only. Another bill would require dramatic reductions in “carbon intensity” for vehicles purchased by average New Mexicans.

All of these heavy-handed, economy-killing efforts will be futile in reducing CO2 emissions. That’s because the problem of CO2 emissions is already being solved in the United States through a combination of market forces and government policies. The problem is CO2 emissions are exploding elsewhere, most notably in China.

In late 2020 Forbes noted that US CO2 emissions already comply with the Paris Climate Accords. Goosed by an 11% drop in CO2 emissions in 2020 thanks to travel reductions stemming from COVID19, the United States has seen emissions drop since the mid-1980s. Nowadays, despite a population that is 40% larger than it was in the mid-1980s, US CO2 emissions are approximately the same as they were back then. This is a remarkable feat.

This combination of a long-term shift in electricity generation from coal to natural gas, basic efficiency as demanded by market competition, and regulations from fuel mileage mandates to the Clean Air Act have made the United States a more CO2-efficient national economy.

China, on the other hand, is not just rapidly-increasing CO2 emissions, it is massively expanding coal-fired electricity production. According to Voice of America, “China put 38.4 gigawatts (GW) of new coal-fired power capacity into operation in 2020, more than three times the amount built elsewhere around the world and potentially undermining its short-term climate goals.”

Furthermore, according to research released on Wednesday by Global Energy Monitor (GEM), including decommissions, China’s coal-fired fleet capacity rose by a net 29.8 GW in 2020, even as the rest of the world made cuts of 17.2 GW.

China, which still has millions of citizens living in real poverty, certainly has a right to develop its economy. But if US policymakers are serious about addressing climate change, they need to both work with and use the “bully pulpit” to cajole China to move toward lower CO2 intensity. After all, China is already the global “leader” in CO2 emissions approximately doubling those of the United States. Those emissions rose even during the pandemic year of 2020.

All this means that the work of the United States to curb CO2 intensity won’t do anything to halt climate change. Any CO2 reduction we make is only displaced by a doubling from China.

President Joe Biden and Governor Michelle Lujan Grisham telling Americans and New Mexicans to pay more for energy while destroying thousands of energy jobs is a hard pill to swallow even if we make serious progress towards achieving our climate goals. Destroying the US and New Mexico economies while allowing US progress on CO2 emissions to be undermined by our economic and geopolitical rivals in China is just stupid.

You can’t fix stupid, but you can vote them out of office.