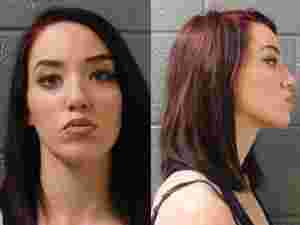 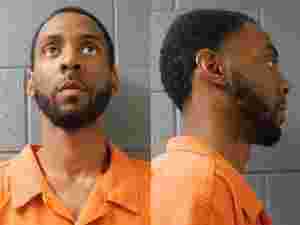 On Sunday, Hobbs Police Officers learned that Desilee Atkins, 22 of Amarillo, was advertising on an internet website as currently in Hobbs looking for companionship.

Officers acting in an undercover capacity contacted Atkins who agreed to meet at a local hotel room and perform a sexual act for $100.00. Atkins arrived at the hotel room where officers confirmed the price for the sexual act. She was taken into custody without incident.

Atkins was dropped off at the hotel room by Michael Patterson, 24 of Amarillo, who was waiting in the parking lot when contacted by officers. Patterson admitted that the two traveled to Hobbs from Amarillo in order for Atkins to “prostitute.”

Patterson further stated that he was transporting Atkins to and from her prostitution jobs while in Hobbs. Atkins admitted to making $400 while prostituting in Hobbs.

They were both released on unsecured bonds.