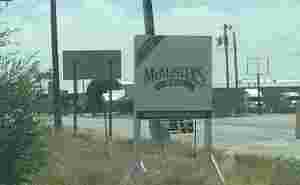 After two years of contemplating opening a new location in Hobbs, McAlister’s Deli is planning to open right off the Lovington Highway.

The new franchise restaurant is planned to be located at the corner of Northwest County Road and Industrial Road. The Wagon Wheel Café and Curves used to occupy that location.

McAlister’s was founded in 1989 as a fast casual restaurant chain known for its sandwiches, soups, salads, desserts and sweet tea. McAlister’s has more than 400 restaurants in 29 states, according to Sharpless. There are currently four New Mexico locations in Albuquerque, Artesia, Carlsbad and Las Cruces.

The Hobbs McAlister’s franchisee was unavailable for a comment by press times Friday.