By Associated Press and News-Sun Staff

Gov. Michelle Lujan Grisham, a former three-term congresswoman, on Friday said the new congressional map establishes a “reasonable baseline for competitive federal elections, in which no one party or candidate may claim any undue advantage.”

Consultants to the Legislature say the new congressional map gives Democrats an advantage in all three districts to varying degrees, based on past voting behavior.

Republicans need a net gain of five seats in 2022 to take control of the U.S. House and effectively freeze President Joe Biden’s agenda on everything from climate change to the economy.

The state’s southern 2nd District has been historically dominated by Republicans. GOP U.S. Rep. Yvette Herrell, a staunch supporter of former President Donald Trump, won the district in 2020 by ousting a one-term Democrat.

Republicans have warned that the congressional map is aimed at imposing political representation that is hostile to a thriving oil and natural gas industry in the southeast of the state. 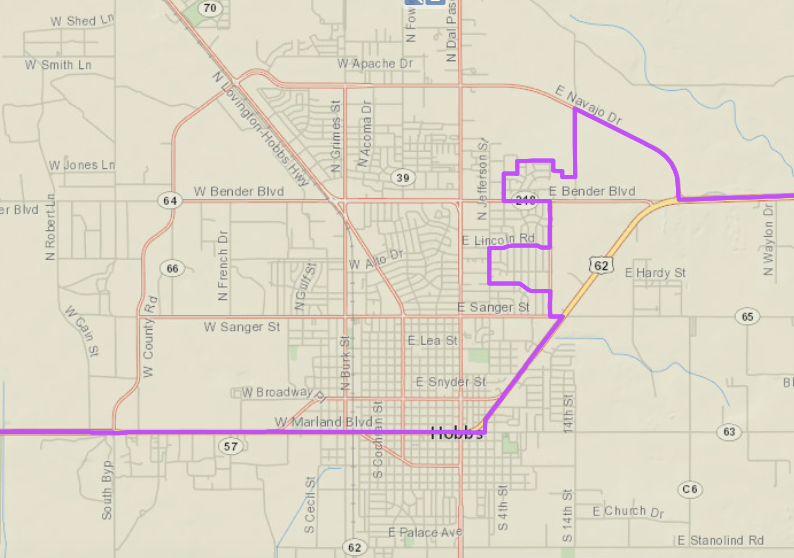 “The new Congressional map creates districts where we have to work together — rural and urban, North and South, and Democrats, Republicans and Independents. That is a good thing,” Wirth said in a statement.

Republicans disagree with the new districts.

“Democrats have deliberately carved up and extended areas in order to have an advantage,” said Republican Party of New Mexico Chairman Steve Pearce following Lujan Grisham signing off on the new Congressional redistricting maps. “This is not democracy but simple partisanship. These maps consciously put the state in a position to no longer have a Republican or conservative voice in Congress. In some areas, the maps shut out rural voices and minority voices. This is a blatant case where the system of checks and balances have failed, and New Mexican representation will not be true or just. Even non-Republicans understand these maps do not serve constituents properly.”

On Thursday, the Democrat-led New Mexico state Senate endorsed a new map for its own political boundaries that embraces recommendations from Native American communities for shoring up Indigenous voting blocs in the northwest of the state.

Republicans opposed the Senate redistricting bill that would pit two incumbent, Hispanic Republican senators against each other in the same district for the next election cycle.

The bill moved to the House on Friday, where Republican House minority whip Rod Montoya of Farmington said the Senate map placed Democratic and Native American priorities over the interests of other communities, including politically conservative Latinos.

“I think if you are a New Mexico Hispanic with certain priorities, you have a target on your back,” said Montoya, a Latino legislator whose wife and children are Native Americans of Navajo descent.

Democratic state Sen. Shannon Pinto, a Navajo Nation member from Tohatchi, described her vote for the bill as a gesture of appreciation for sovereign tribal nations and the state Legislature.

“With this vote, I believe there is a table out there where we can sit and nobody is higher than one another,” said Pinto, whose grandfather was a Navajo code talker in World War II and served in the state Legislature until his death in 2019. “With this vote, the voices of those overlooked are not silenced. … I believe one day there will be justice for all.”