Residents let their feet do the talking to help find a cure for dementia, Alzheimer’s

Sheahan, the executive director for the Alzheimer’s Association, New Mexico chapter, said walks across the country like the one that happened Saturday morning in front of Covenant Health Hobbs Hospital on the walking/hiking/biking trail along the Lovington Highway are important for a number of reasons.

“Number one, for the awareness,” he said. “We hear from too many people, ‘where were you two years ago when I needed you?’ We’re here for them. All of our services are free (to caregivers and people with the disease).”

While the Alzheimer’s Association focuses primarily on Alzheimer’s disease, a form of dementia, the organization also helps with other forms of dementia as well, Sheahan said.

“Our name is really Alzheimer’s disease and other related dementia,” he said. “Because dementia, I call it the umbrella. Alzheimer’s is about 60-70 percent of dementia. The rest are Lewy Body, FTD, and several others. … We deal with all of them. There’s a lot of relationship with Parkinson’s these days too.” 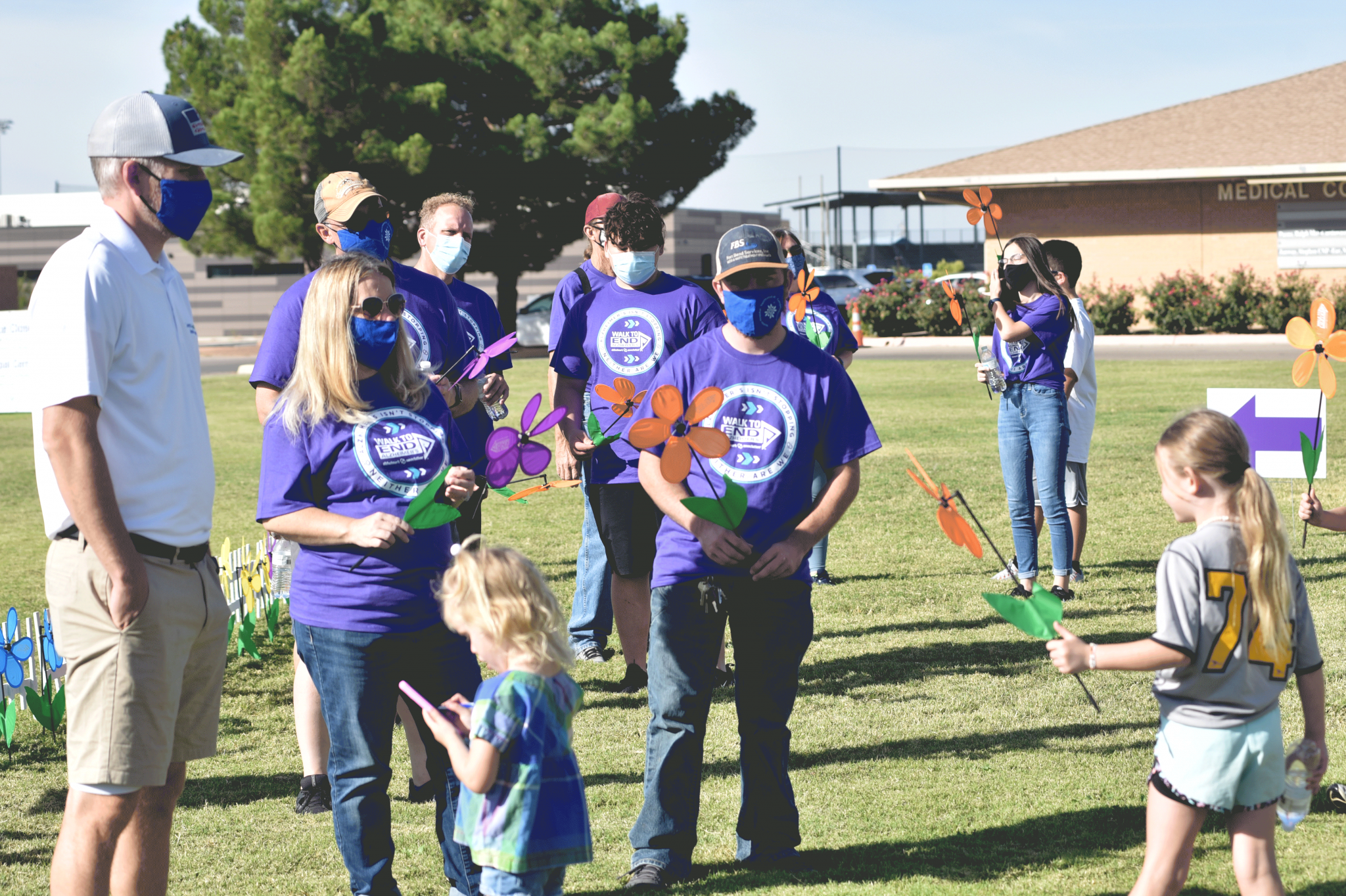 Because the organization offers their services for free to caregivers and those with the disease and spend about $350 million a year on research — third only behind the federal government and China in spending on dementia and Alzheimer’s research around the globe — more funds are always needed for that research and services, Sheahan said.

“We need the money because all of our services are free, so we come out to raise money to help keep everything flowing,” said Sheahan. “Research is so important. … There’s some hope. This year we had an announcement for the first new drug in 20 years. It’s a start. It’s only for early onset, but we know there are some companies right behind it that are coming forward with some other things. … I call it hope because it’s the first time in 20 years we’ve had a break through.”

Laurie Terpening, one of the walk organizers for Hobbs along with Patty Collins, has been organizing the Hobbs walk for about five years, she said. 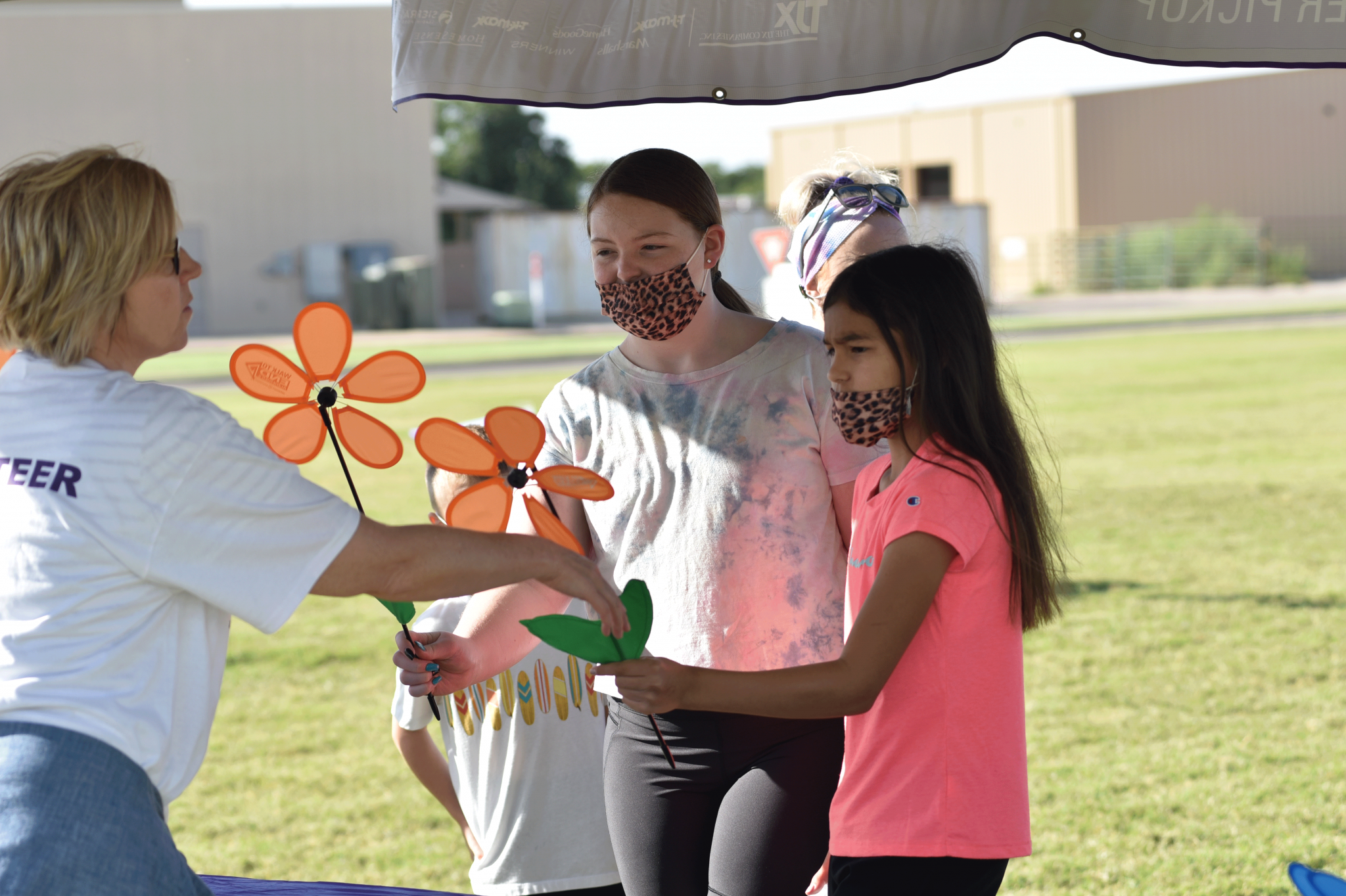 And so far, the Hobbs area Walk to End Alzheimer’s has raised about $10,530 this year alone, said regional manager Paul Moore, who is based in Roswell.

That money stays in New Mexico and goes toward programs and classes all over the state, he said.

“We do a lot of things from advocacy to awareness to all of our programs — support groups and our regular programs,” said Sheahan. “There are 43,000 people in the state of New Mexico who are diagnosed with Alzheimer’s. We know that there are basically double that because there are so many who aren’t diagnosed. And, there are about 85,000 unpaid caregivers.”

Caregivers are where most of the focus of the Alzheimer’s Association lies, organization representatives said.

Many of those classes are available online. 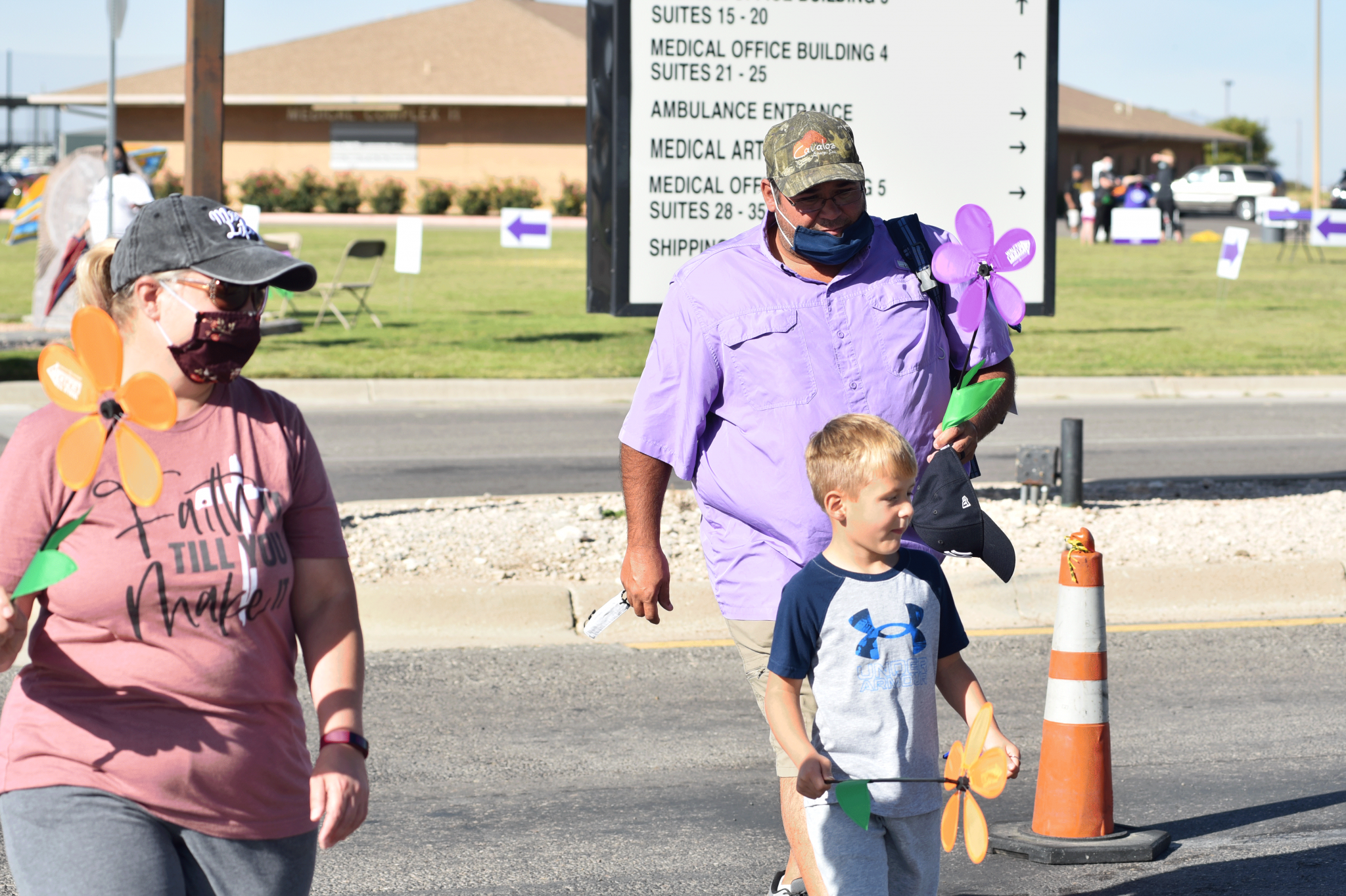 “Because this population (with Alzheimer’s or another dementia) is a high-risk population (for COVID) we try to keep most of those classes online,” said Alzheimer’s Association of New Mexico programs director Ron Eppes.

Caregivers go through a lot of stress and strain many people don’t ever think of, Sheahan added. Because of that, one service offered by the organization is a help line available 24 hours a day, seven days a week.

“It’s manned by licensed social workers 24/7, 365 days of the year. It’s from our home office in Chicago, but once someone calls there, if they need followup, we follow up locally with them the next day,” Sheahan said. “People can call any time. They can call at four in the morning, and say, help.”

Eppes said there are some programs for those with the disease, but those are mostly for beginning stages of Alzheimer’s or with early onset (under age 65), with practically no programs for people with any other form of dementia.

“As far as classes, we have several that deal with early stages. … then most of our classes are oriented toward the caregiver because that’s most of the disease. The disease (Alzheimer’s) lasts on average for eight years. In general people don’t get diagnosed until it’s later in, later stages, and at that point it’s difficult to have them be able to sit through a class.”

Each member of the New Mexico Alzheimer’s Association team found their way to the organization from personal ties, usually an immediate family member.

“My mother, that’s why I’m doing this,” Sheahan said. “She was bed-ridden for seven and a half years with Alzheimer’s. Most of my team around the state has a relationship to Alzheimer’s. … That’s why we’re all doing it.”

Terpening said she watched both sets of her grandparents go through Alzheimer’s, while Moore and Eppes both saw Alzheimer’s affect their mothers.

And Alzheimer’s Association representatives said they want people to know they are here, if anyone is suffering from the disease, is a caregiver, or just wants to volunteer or offer financial support.

“We are there for you. We’re always looking for volunteers, and of course, we need financial support,” said Sheahan. “Don’t be afraid to call the 800 number, 800-272-3900, for help. And, they will get you in contact with our local office.”