Their recollections are strong, even after 20 years.

Local first responders remember where they were — and what they felt — when they heard and saw the terrorist attacks on New York City and Arlington, Virginia, and the unknown target of another airliner where passengers took control from terrorists and crashed in a field in Pennsylvania on Sept. 11, 2001.

Their first impressions ranged from confusion to fear to anger. And they all have powerful memories, strong mental images from that day they’ve carried with them for two decades.

“I was trying to piece together how many people were killed on impact,” said Hobbs Police Chief John Ortolano. He’s the only HPD member today who was an active duty law enforcement officer on the day of the attack, working as an Arizona Department of Public Safety highway patrol trooper, stationed near Kingman, Ariz. Ortolano had been an officer for about three years on 9-11-01.

“I knew how many people worked in the twin towers — about 50,000,” Ortolano recalled recently. “My first thought was how many more of these events are going to happen today?

“Right about the time I thought that, people started getting orders,” he said. “I got sent to Hoover Dam. I ended up driving about 70 miles, going about 130 miles per hour, because that was as fast as the patrol car would go.”

Current Hobbs Fire Marshal Shawn Williams and Lea County Sheriff’s Department Sgt. Sonia Estrada were even newer in their respective jobs with the Hobbs Fire Department and the Lovington Police Department when the attacks occurred.

Williams remembered he was collecting supplies to clean the bathrooms at the fire station that particular Tuesday morning, one of the less-than-desirable duties always assigned to rookie firefighters. He’d been on the department slightly more than two years.

“I was the youngest dude at the station,” Williams said. “I was coming out of the supply closet and the driver/engineer told me to hold on to come check this out.

“I walked to the television in the day room and saw the second plane hit,” he said. “That kind of threw off the routine for the whole rest of the day.”

Estrada remembered she was sitting in the office at the Lovington Police Department typing a report when she received a phone call with the news of the attacks. She doesn’t remember who called her. She’d just graduated from the police academy the previous June.

“I was a brand new, rookie cop,” Estrada said. “I think I was just feeling numb, just disbelief.

“I just remember getting home and my parents were watching the news,” she said. “We couldn’t believe it. I remember being so angry, so mad. It was a mix of emotions — numb, disbelief, just so angry.”

Ortolano, Williams and Estrada had one advantage that day — they all had jobs they could focus on and the training to do them. But three of their current coworkers — HPD Patrol Lt. Josh James, HFD Capt. Adam Marinovich and LCSO Deputy Vivian Martinez — were civilians. Martinez recalled she was in the kitchen of her Tucumcari farmhouse when the “heightened inflections” of voices on the television news caught her attention.

“I went in to see what was going on and I don’t know if they were playing back footage or if the second plane was actually just hitting the building at that time,” she said. “I didn’t know what was going on. I was quite shocked that had happened in the United States. I was in total disbelief.

“It wasn’t until I became involved in law in law enforcement, became a deputy in Lea County and every year the 9-11 memorials return, did it really have an impact on me,” Martinez said. “I really understood the responsibility law enforcement has for domestic terrorism, the role law enforcement would play should such an event occur again.” 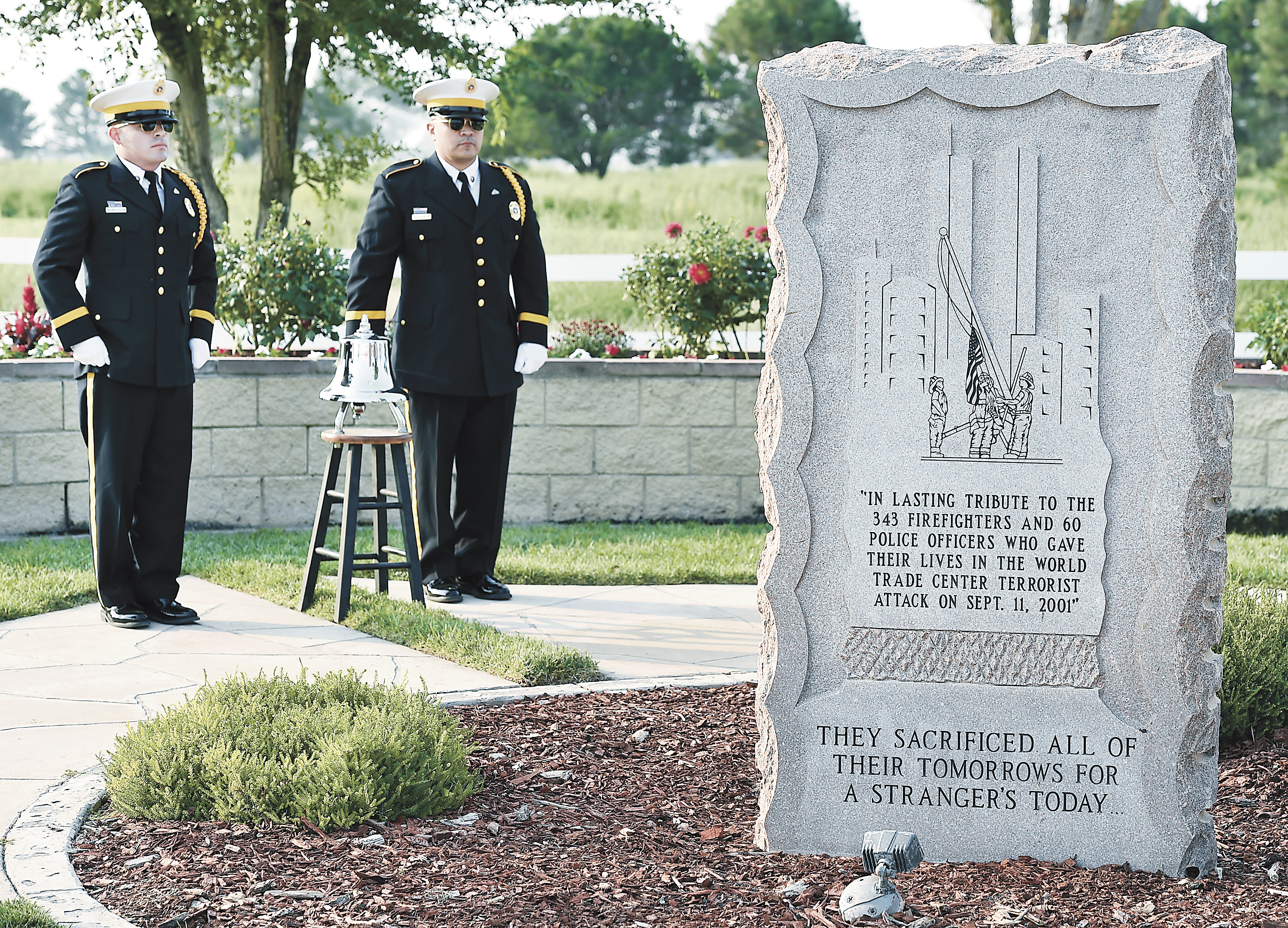 James was a 13-year-old seventh grader in New Orleans while Marinovich was 12, in the sixth grade at Stone Elementary in Hobbs. Both were at school when the news came through.

“I was in my seventh grade English class, the teacher at the front of the class, when another teacher ran into the classroom,” James said. “They turned on the TV in the corner and we watched the news, showing the footage of the attacks.

“I didn’t have any idea what was going on,” he said. “Being 13, I really didn’t understand what was happening at the time.”

With the time difference between New York, New Orleans and New Mexico, Marinovich had just boarded the bus for the regular Tuesday trip to school at Stone. Near the beginning of the route, Marinovich said he noticed some kids crying as they boarded the bus after him, talking about the Twin Towers getting hit.

“I didn’t understand what that meant at the time,” he said. “I really didn’t know what to think at first” while watching events unfold on a television in the school cafeteria.

No matter where they were or what they were doing, the events of Sept. 11, 2001, made lasting impressions on the six. For Williams, Ortolano and Estrada, it strengthened their resolve to continue their chosen careers. And it left them with memories and images they’ll never get out of their minds.

“I just remember — I still remember to this day — the sound of bodies hitting the ground,” James said. “I really didn’t know what a terrorist attack was. I just knew there were people dying.

“I remember seeing the explosions, the people jumping from the buildings,” he said. “It was terrifying to me. But, being 13, I didn’t understand what was happening at the time.”

Those images stayed with him all through school, through being evacuated to Houston to escape Hurricane Katrina, all the way to a meeting with an Army recruiter his senior year in high school. James enlisted and served nine years, from 2005 to 2014, including a combat tour in Afghanistan.

“If I hadn’t seen the Sept. 11 attacks, it never would have crossed my mind to join the Army,” James said. “But it made me want to make a difference, to take the fight to the enemy. If I could do something to prevent another attack here, I wanted to be a part of it.”

The events they’d witnessed so many years before may not have directly impacted the others to join the fire department or become a deputy sheriff, they said. But those memories have definitely influenced how they do their jobs.

They all found themselves asking if they could do what the New York firefighters and police had done two decades ago — run in to those heavily damaged tours with no guarantee of safety? And the answer they gave themselves was simple.

“We look at it like we’d probably do the same thing,” Williams said. “People ask me now, ‘Shawn, could you do that?’ It’s a thing that clicks in your head. No second thoughts.”

Estrada agreed: “I have always thought it opened my eyes. There was an image of a police officer carrying a lady — he just felt so helpless. He knew he was doing what he could but he wished he could have done more.

Ortolano agreed: “It never made me question my career choice. It further strengthened the reasons I was doing what I was doing. It made my commitment to the job that much more important, that (law enforcement) were the front line against people who wanted to do harm to our country.”