LOVINGTON — Country music lovers will love the concert entertainment lineup for the 2021 Lea County Fair and PRCA Rodeo. The county’s biggest event of the year is set for July 31 through Aug. 7.

Although specifics of the opening night’s Hispanic Heritage Celebration on Friday, July 31, remain pending, county commissioners excitedly approved the rest of the lineup during their regular meeting Thursday.

After hearing commission chairwoman Rebecca Long’s energetic “I love Clay Walker,” Fair and Rodeo Board Chairman Larry Wheeler laughed, “Hopefully, there’s something for everybody — young and old, everyone.”

Wheeler explained the lineup actually mimics the originally scheduled list of stars set for last year, cancelled in 2020 due to pandemic restrictions.

Set for Tuesday, Aug. 3, is Mike Ryan, a singer/songwriter born in San Antonio, Texas. He has accumulated fans across the nation and throughout the world with powerful, whiskey smooth vocals and well-crafted lyrics, according to his website.

Ryan’s brand of country music, infused with southern rock and soulful rhythms, has generated over 105 million streams to date.

With exceptional success on the Texas radio charts, achieving five No. 1 songs to his credit, Ryan’s first No. 1 single, “Dancing All Around It”, was voted the 2014 Single of the Year by Texas Music Pickers.

Invited to play the White House Fourth of July celebration in Washington, D.C., in 2018, Ryan made his national TV debut at that event. That same year, Ryan was named one of Pandora’s “Artists to Watch.”

Deviating slightly from the country theme while maintaining the now traditional Wednesday gospel feature, the fair board recommended Zach Williams, a Christian rock artist from Jonesboro, Ark., to perform on Aug. 4.

Although he served as a member and lead vocalist of a rock band intent on reforming southern rock music, he disbanded the band in 2012 due to his Christian beliefs, eventually becoming lead singer for the band Zach Williams and the Brothers of Grace.

He released his first solo single, “Chain Breaker” in 2016, which reached No. 1 on the Hot Christian Songs Chart and the Top 10 on Christian radio. Later in 2016, Williams digitally released his full-length album, Chain Breaker. His second album, Rescue Story, including a single “There Was Jesus” with Dolly Parton, was released in 2019. 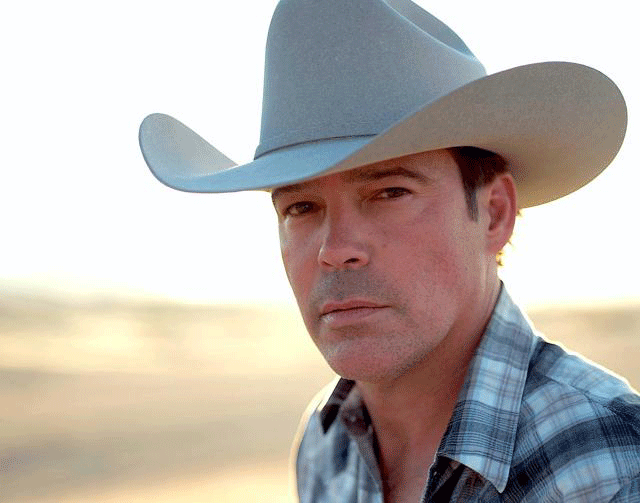 Walker made his debut in 1993 at age 24 with the single “What’s It To You,” which reached No. 1 on the Billboard Hot Country Singles & Tracks (now Hot Country Songs) chart, followed the next year by “Live Until I Die,” also a No. 1 hit.

Releasing a total of 11 studio albums, including a greatest hits package and an album of Christmas music, Walker saw his first four studio albums achieve platinum certification in the United States. His greatest hits collection and fifth studio album were each certified gold.

Walker has charted more than thirty singles on Hot Country Songs, including the additional No. 1 hits “Dreaming with My Eyes Open,” “If I Could Make a Living,” “This Woman and This Man” and “Rumor Has It.”

Confederate Railroad first rolled onto the national country music scene in the early 90s, led by founder and frontman Danny Shirley. The former backup band for both David Allan Coe and Johnny Paycheck got their big break by signing with Atlantic Records.

The first single from their debut album (”Confederate Railroad”) was “She Took It Like A Man”. It went to No. 26, a preview of what was to come. “The next two singles, “Jesus and Mama” and “Queen of Memphis” went to the top of the charts.

Three more huge hits followed, “Trashy Women”, “When You Leave That Way You Can Never Go Back”, and “She Never Cried,” with “Trashy Women” leading to a Grammy nomination and becoming their signature song. That album with six hits and nearly three million sales brought Confederate the Academy of Country Music’s Best New Group Award in 1993 as well as numerous nominations from the Country Music Association and the British Country Music Foundation.

One of the group’s most popular songs, “Daddy Never Was the Cadillac Kind,” became a No.1 video as well. “Elvis and Andy” and “Summer in Dixie” would further establish the Railroad as one of the most versatile acts in the business. The band’s totals are 18 charted hits and five million albums sold.

Exile was originally a rock band formed in 1963. In the 1970s, the band had a major hit single with “Kiss You All Over” in 1978. After several lineup changes, the band was re-launched as a country act that achieved additional success in the 1980s and 1990s. J.P. Pennington is the only current member of the band remaining from its early days.

The 2021 Lea County Fair and PRCA Rodeo concludes concert nights on Saturday, Aug. 7, with Gary Allan, whose website touts his “allure of a modern day outlaw” who “has won over fans, peers and critics with his signature blend of smoldering vocals, rebellious lyrics and raucous live performances.”

A California native, Allan released his first album, Used Heart for Sale, in 1996 and since then has released eight additional studio albums selling more than a million albums. Allan has been certified platinum on three back-to-back albums and gold five times.

Allan has five No. 1 hits at country radio, fourteen Top 10 hits to his credit and amassed over 270 million total streams. He’s described as “dark and dreamy” in Entertainment Weekly, “soulful and rough around the edges” in Playboy and deemed a “maverick” by Rolling Stone.

Allan has appeared on The Tonight Show with Jay Leno, Late Show with David Letterman, Late Night with Jimmy Fallon, Live with Kelly and Michael, and Jimmy Kimmel Live. He has also landed on the covers of Country Weekly, Pollstar and People magazine.

Fair board chairman Wheeler told the county commission the total cost of the concert lineup, including the Hispanic Heritage Celebration, will be $410,750.