The lawsuit against BC&D Operating and Dominion Production Company is the sixteenth in a campaign by the agency to increase accountability for cleanups among natural resources companies that lease state land.

Efforts to reach BC&D Operating and Dominion Production Company for comment were unsuccessful. The companies have no clear online listings, and corporate registrations with the state of New Mexico do not include contact information.

In a statement, New Mexico State Lands Commissioner Stephanie Garcia Richard indicated that her agency is seeking voluntary compliance with lease provisions before resorting to litigation.

“A lot of companies are proving willing to work with the State Land Office to clean up abandoned well sites,” the statement said. “At the other end of the spectrum, we are taking decisive legal action against companies who walk away from their messes and responsibilities to the land.” 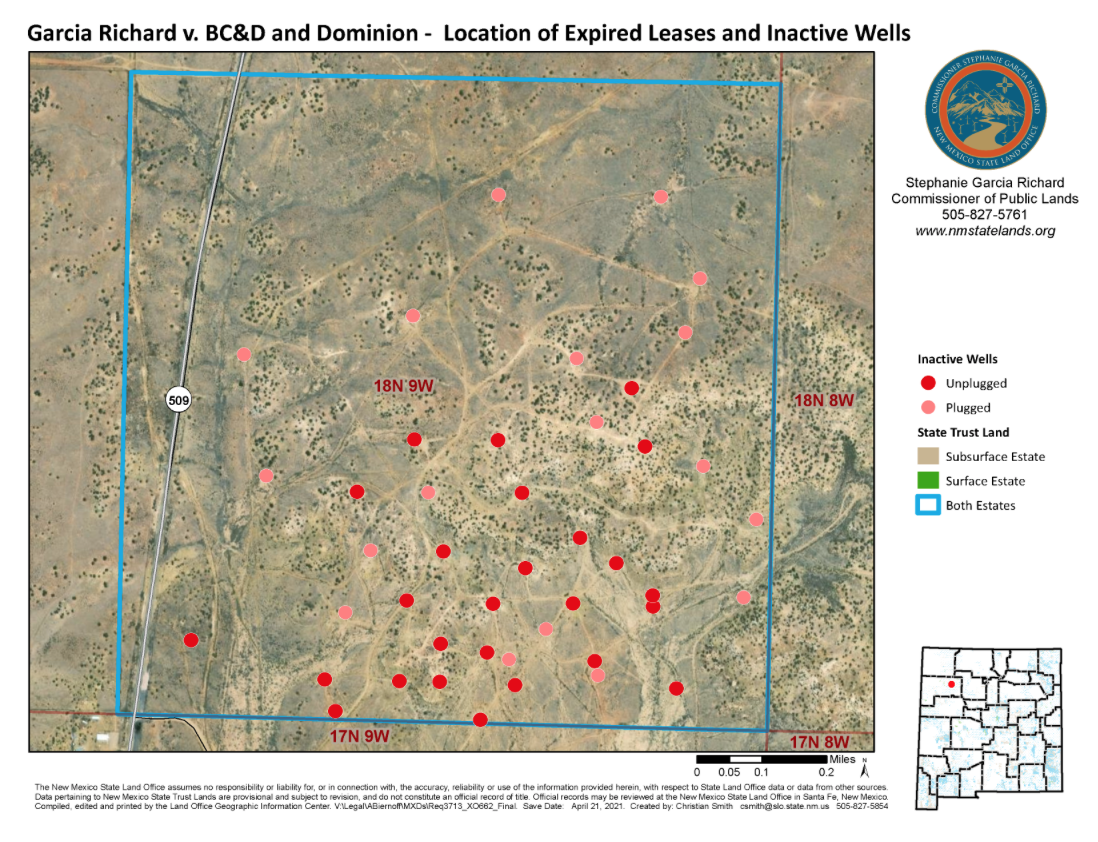 The State Land Office collects as much as $1 billion annually in revenue from a variety of business activities on state trust land to benefit public schools, hospitals and other institutions.

Oil and gas development accounts for the agency’s largest revenue source. Wind energy projects and livestock grazing also are part of the mix.

During 2021, the agency has filed lawsuits for oil-site cleanups against at least three other energy companies, including Oxy USA.