Black History Month. A bittersweet 28 days of honoring, remembering, and celebrating the legacy of all African Americans.

Exhale fear. Inhale courage. These two short sentences are measurable, impactful ways the Hobbs Branch NAACP is moving forward in initiating conversations throughout the community to address justice and equality. The org feels it cannot be fearful of the past in challenging unconstitutional inequalities. And they must inhale courage to use lived experiences in validation of the confrontations which attempt to block their progress. 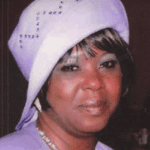 The goals of the Hobbs Branch NAACP are to use the month of February as a tool in advancing education on how racism has been used in preventing meaningful cross-racial dialogue and to keep the western ideology of white hierarchy in place. Stacey Abrams who wrote we must “Lead from The Outside,” homes in on the innumerable challenges that have hindered blacks and other people of color through intimidation and repeated oppressive tactics. Carter G. Woodson, a well-known historian and educator, also known as the father of Black History, chose the month of February because it coincided with the birthday of Abraham Lincoln on February 12 and of Frederick Douglass (an American social reformer, abolitionist, orator, writer, and statesman), on February 20, both of which dates, African American communities had celebrated together since the late 19th century. Black History Month evolved into a full month commemoration in 1976, when President Gerald Ford designated the entire month of February as a time set aside to honor the greatness of all African Americans. Since that time, every president has selected February as Black History Month and endorsed a specific theme. This year, the leitmotif is “Black Family: Representation, Identity and Diversity.”

And the Hobbs Branch NAACP is using all 672 hours of the month paying tribute to generations of African Americans who have struggled for hundreds of years for equality and full citizenship. The theme explores the continuation of the African diaspora, and the spread of Black families across the United States. It is through this topic queries are nurtured: How does one embrace the magnificence of a race, some sought to abolish? And how do you equalize 400 years or more of slavery and brunt shaming?

It is a simple reply. You just give full equality and be respectful.

Bitter the memories. They are vinegary thoughts of undignified times. Haunting memories of black, swollen bodies swaying from a white noose under a tree whose deep roots will never soak up the anguish and grief. Fingers, no longer feeling anything, but pricked to the bone after 10 to 12 hours of back-breaking labor of picking soft, snowy cotton from burrs. They are profane remembrances of being told, “you can’t drink from a fountain, because the water is too pure for your color.” It is watching your child being informed, “mama can’t come home tonight and rock you to sleep, because I have to stay up at the big house and rock someone else’s child to sleep.” It is the deprivation of taking the guts of a hog and making a meal fit for a king.

Some blacks are asked, “Aren’t you tired of celebrating?” Once again, the answer is, “No!” If you are tired of hearing about it or reading about it, just think about one who lived it,” said Joseph Cotton, president of the New Mexico NAACP and the Hobbs Branch Chapter.

Sixty years later, after the March on Selma; 54 years after the assassination of Martin Luther King, Jr., 57 years after Lyndon B. Johnson signed the Civil Rights Act of 1964, 61 years after Ruby Bridges had to be escorted by federal authorities to attend an all-white school, 59 years after a church bombing which left three little girls dead, 70 years after a black woman’s cancer cells immortalized the human cell line, 79 years after a black man breaks the sports divide, and after countless inventions and numerous innovations by the greatness of Black Americans, racism still rears its ugly head and tries to bite the hand that helps feed it.

Intolerance, xenophobia, and discrimination are still being fought in 2021 when the United Nations has declared it the International Year of Peace and Trust.

It is an era when black parents are still gathering their children together and sharing the recollective and present experiences of the physical and psychological experiences of having an outward dark skin coloring. It is a time, when the 46th President of the United States, has said, “that the country has never fully lived up to the founding principles of this nation, that all people are created equal and have the right to be treated equally throughout their lives.” Cotton said February is the month the NAACP celebrates 112 years of advocacy work to ensure political, educational, social, and economic equality of all citizens. In 2019, hate crimes surged to a record high in the U.S. and New Mexico. He stated those injustices must be addressed. Cotton expressed that biases must be challenged, and racist acts must be indicted with urgency and with courage.

He further believes celebrating Black History Month is just giving power to the truth that African Americans and other people of color are still being targeted because of skin pigmentation. “We must celebrate. We must act. We can’t let anyone neglect or devalue us,” he said, believing the narrative is rapidly changing. “We are telling our stories through sharing our pain, strong faith and earned victories.”

Cotton also said the aftermath of the capital insurrection just over a month ago, is a haunting reminder that hatred still exists. “Black Lives Matter, George Floyd, Breonna Taylor, and Eric Garner are vivid recaptions that police brutality is real.” He expressed that the deaths of Emmett Till, Per-vis Payne, and others are constant nightmares that vigilantes roam and commit constant racial violent acts. “The killings are constant, glaring mementos, that no matter our occupation, our educational attainment, our economic accomplishments, or our contributions to the world, racist views have changed little. It should also serve as a strong keepsake to everyone that every time a person of color is hurt, maimed, or killed by some hateful, spiteful act of bigotry; it weakens the soul of America. It breaks branches that takes years to heal and mend. And in the end, it damages our children, grandchildren and our legacy that was built on the foundation of our forefathers that “all people are created equally.”

The Rev. B.J. Choice, complimented Cotton on being a wonderful, compassionate president and believes African Americans today are reaching for the stars. “They touch them. They walk on the moon. They design the vehicles you drive, the houses you buy to live in. They are performers, professionals, everyday people with blood running through their veins. They are the fibers that cushion this country. If they fold. America folds. Black History Month is about the empowerment of our identity and the richness of our lives blended with others,” he said.

The late Congressman John Lewis defined it well in his memoir, that being black is like walking with the wind. African Americans and other people of color are “… rocked again and again by the winds of one storm or another; the walls around us seeming, at times, as if they might fly apart. But we never leave the house; we never run away. We stay, we come together, and we do the best that we can, clasping hands and moving toward the corner of the house that is the weakest. Then another corner will lift, and we will go there. And we know that another storm will come, and we will have to do it all over again. And we will. And we do, all of us, together. You and I, children holding hands, walking with the wind. That is America to me.”

“In truth, it is America to all Black Americans and people of color, whether toffee or dark coffee in skin color,” stated Choice.

Cotton agreed, saying Black History Month “is bittersweet, because the victories, though hard won are still satisfying – scarred, scented and fragrant. It’s bittersweet because at one time it was bitter, but now, it’s a sweetness to the soul, because we don’t back down in challenging any injustice to be equal.”

This article is dedicated to the late Jimmy Palmer, Dozier Slade, Mattie Johnson, Ralph Littleton, Emma Lois Bridges, Lillie M. Smith, Carl Mackey, Donald Brooks, Robert Turner, Rev. F.W. Wells, Rev. H.R. Watkins, and all local civil rights members who have made us Black and Proud and who have fought for injustices throughout our state. We are grateful to other late national, iconic people such as Charley Pride, Hank Aaron, Lou Mays, Cicely Tyson and James Brown who paved the way for us to step out, speak out and be bold in our actions and beliefs.

Evelyn Rising is the Hobbs Branch NAACP publicity chair and UNM HERO. She can be contacted at 575-602-1317.

Column: Lujan Grisham touts abortion, but what about economy, education?