The Democratic governor said she’s allowing schools to open their doors to students of all ages, in a major pull-back of restrictions that were based on county-level COVID-19 case rates and hospital capacity. 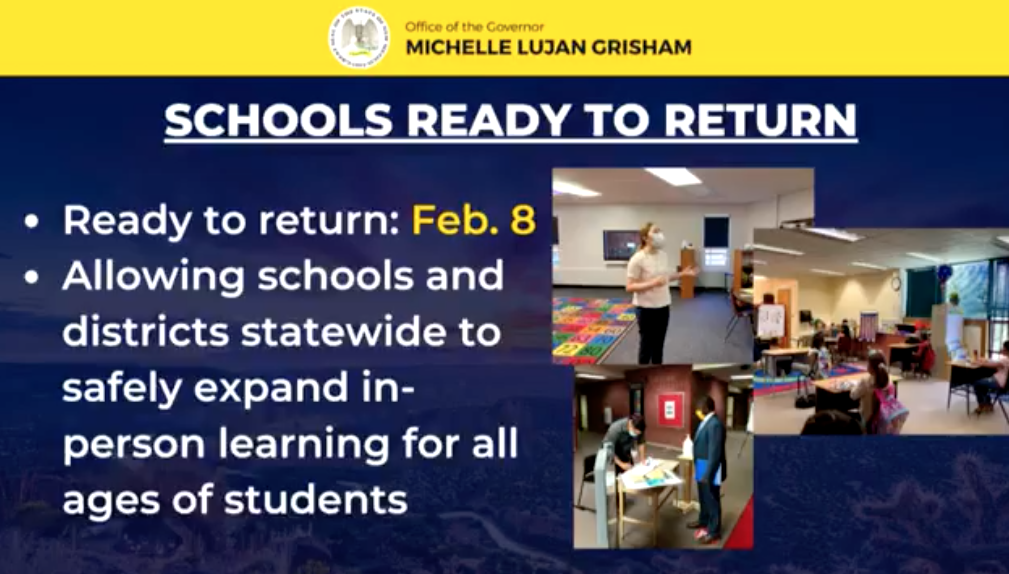 “I believe the planning and hard work has paid off, and our state has developed a solid, epidemiologically-sound plan for a safe expansion of in-person learning for all age groups, supported by union leadership,” Lujan Grisham said in her virtual State of the State address to the Legislature.

All students in every school district will have access to classrooms beginning Feb. 8, the governor said.

The idea was to start with younger kids and eventually open to high school students. But as COVID-19 cases remained high, few schools were allowed to reopen.

Some school districts such as Rio Rancho put in place hybrid plans after COVID-19 benchmarks were met. Other school boards are still hesitant to reopen. Santa Fe Public Schools tried a hybrid model last semester and then abandoned it as cases soared.

Lujan Grisham’s announcement followed growing pressure to reopen schools for students of all ages — including a bipartisan bill in the Legislature that would have given the power to reopen schools to local officials.