Grandparents are Dora Angelica Fierro and Sergio A. Fierro Sr. of El Paso, Texas, and Venita Lopez and Jose Lopez of Jal.

“He wasn’t planned, ” Rodriguez told the News-Sun. “He really was a pleasant surprise.”

Christy Rodriguez said she was nervous when she learned she was pregnant with her third child.

“I was starting all over again,” she said.

“I think I was more nervous with him than I was with my older daughter.”

Fierro, too, said he got a case of nerves when told he was going to be a dad. Sergio III is his first child.

“I was kind of nervous and freaked out, especially when it was getting close to him being here,” Fierro said. “With COVID, things slowed down at work. Now, everything is piling up. I’ve got two jobs going and the baby coming — [December] was a crazy month.”

Despite the nerves, he said, Sergio fell in love with his son as soon as he saw him.

“He’s like me already,” Sergio said of his namesake. “He does a lot of things I do — he don’t like sleeping on his back, for example, only on his front.”

Fiero works as a supervisor at SwiftWater Energy Services of Midland, Texas, and Rodriguez “is a stay-at-home mom now,” she said. 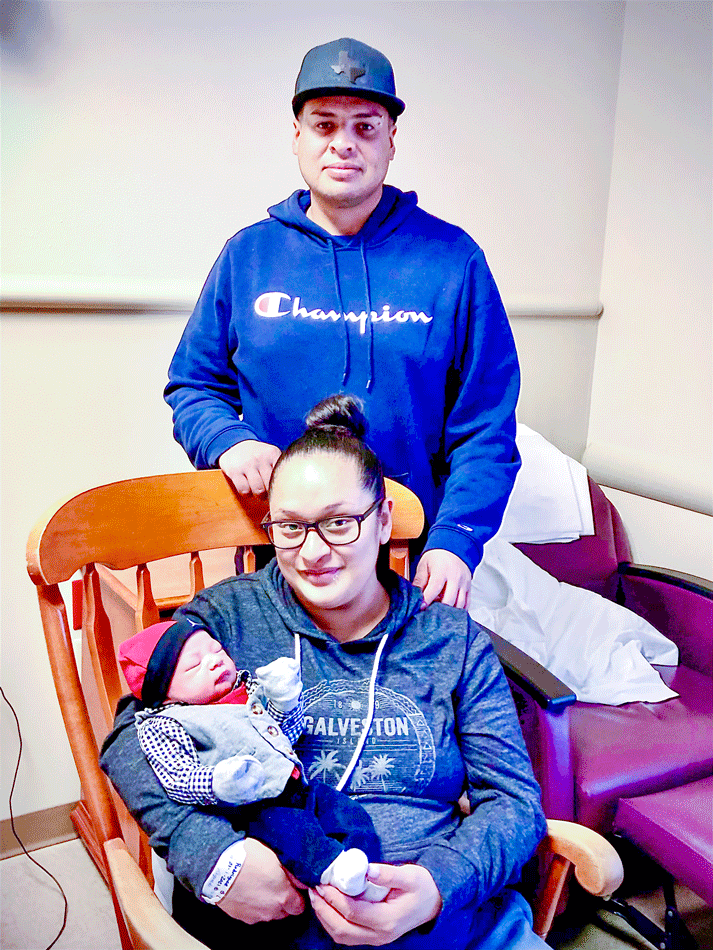 “The pregnancy was normal,” Rodriguez said. “We thought we were going to have a Christmas baby, but he didn’t want to come at Christmas. He wanted to be here for the new year.”

As the first baby of the new year at Covenant Health Hobbs Hospital, the family received a gift basket which included a large toy elephant, diapers and other necessities for a new baby.

In the ongoing battle against COVID-19, Hobbs Municipal Schools has added another layer in…