Three Hobbs children who were reported missing and endangered were found in Houston last week, more than two weeks after their sibling was left at a hospital in North Carolina with skull fractures.

The details of how the family was located were unknown as of Friday afternoon, but both parents, Luiza Badea and Andrei C. Ducila have been arrested. The manner or status of the children is also unknown, according to Hobbs Police Department Captain Shane Blevins. 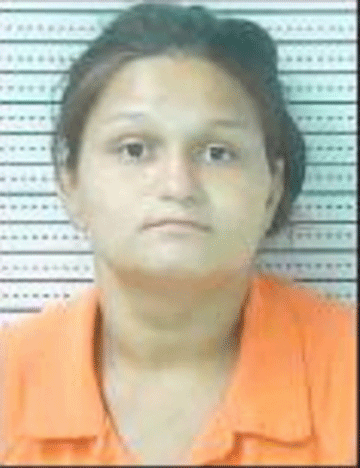 In May, Andrea, Raoul, Elisabeta, and the one-year-old sister, Monalisa Badea, were all in the custody of the Children’s Youth and Families Department when they were given to the parents for a “trial visit.”

It wasn’t long before the parents allegedly fled with all four children, not to be heard from again. Until late last month, Monalisa was brought into a hospital in Charlotte, North Carolina. Doctors determined she had skull fractures and a bleeding in her brain, according to Blevins. The mother allegedly used fake names during admittance.

While Monalisa was being prepared for surgery, the mother fled the hospital, leaving behind a purse, Blevins said. Charlotte police officers found identification in the bag that traced back to Badea’s identity and discovered she had an active arrest warrant.

Badea and Ducila were charged with custodial interference, a fourth-degree felony, two weeks after CYFD became aware the family fled New Mexico with the children. The children were initially taken away in June of 2019 amid allegations of abuse. The parents were both charged with four counts of child abuse, all third-degree felonies.

According to a Hobbs Police Department criminal complaint filed in 2019, the parents had all four children barefooted and wearing dirty clothes while they panhandled outside a department store in 90-degree heat.

The family held up a sign saying, “NEED FORMULA, FOOD, AND GAS MONEY,” the report states. It was later discovered the family reportedly had snacks and formula in the car and Ducila was carrying $300 in his wallet.

The family was reportedly involved with CYFD up until they fled the state. The children were missing for six months before Monalisa was found at the hospital. As of Friday afternoon, the baby is “stable and surgery went well,” according to reports.

A former CYFD foster parent, Jill Jones, advocated for the children when they went missing.

“Thank God the U.S. Marshall service and other law enforcement agencies for the rescue of the three remaining abused and neglected small children,” Jones said. “We can only pray for their recovery, especially for the baby who was dropped off in a North Carolina hospital with skull fractures and a brain bleed. Some sources are saying she is now blind. Someday, and I hope it’s soon, CYFD is going to have to explain why they would spend their time and taxpayer’s dollars, hiding the whereabouts of the career criminal parents who have outstanding warrants and criminal charges for abuse and neglect for abusing and neglecting four of God’s children. Why CYFD would allow, CYFD employees to elevate this sanctuary state nonsense and help these parents evade the law, instead of protecting the poor kids is shocking and inexcusable.”

N.M. Rep.. Dist. 31 Rebecca Dow, R-Grants, has followed the Badea case and believes Ducila and Badea not having citizenship played a role in the case.

“The progressive agenda believes in open borders, and would not protect those children,” Dow said. “They were more concerned about the parent’s ability to stay in the state as non-residents, non-citizens, then they cared about the children.”

According to a criminal complaint filed in District Court by CYFD, Jones now faces legal action. Attorney Pat Rogers represents Jones and told the News-Sun she is being sued, allegedly because of Jones’s effort to find the children.

Rogers states the information regarding the children’s disappearance is in public police reports.

“CYFD has taken it upon its self not looking for the children under its care but rather harassing and violating Jill Jones’s first amendment rights,” Rogers said. “They are suing her because she criticizes CYFD and its lackluster efforts to protect the children.”