In a move surprised some, was welcomed by others, Gov. Michelle Lujan Grisham seems to have acquiesced in her total lock down of mom-and-pop shops in New Mexico, by allowing all retail stores to open at 25% capacity. But, at the same, the governor instituted more restrictions against personal liberties, with a mandate requiring everyone in the state to wear a face mask if they step outside of their door.

While “all retail stores,” are defined by Lujan Grisham as, “any business that sells goods directly to the ultimate consumer” the classification does not include wholesalers, suppliers or “high-intensity contact services like dine-in at restaurants, indoor malls, salons and gyms.” It also does not apply to large retailers and grocery stores larger than 50,000 square feet. Those businesses are still to operate at 20% of fire code capacity.

“I’m definitely glad to be opening back up,” said Bloom owner Paula Smith. “Another month would have been very bad for our business, so it’s wonderful that we are able to open up. We’re excited to be opening.”

In addition, Smith said Bloom will still offer all the services they have been offering since May 1, like curbside service, delivery, and free shipping.

“We understand there are a lot of customers who are vulnerable and we are willing to come out to the curb to serve them if that’s what they need or request,” Smith said.

Like Smith, Miller Waldrop vice-president Beckey Waldrop said she is happy the long-time Hobbs retailer will soon be able to open.

“We’re so excited to have our customers back. We’ve missed everybody,” she said. “I’m just grateful, because local business owners are going to take care of their customers, better than big box stores.” 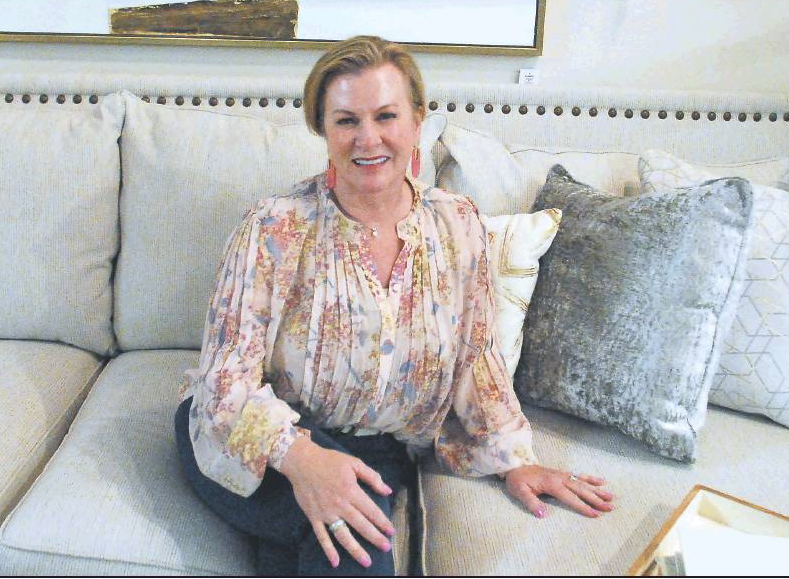 “With the restrictions in place, at least it’s going to allow us to let customers in our stores, and not miss sales, not miss service,” he said. “But I think it’s a little too late. She (Lujan Grisham) has already put a serious hurt on the businesses already.”

And, it’s not just retailers who are glad to be open again.

“I’m happy that we are starting to open up some retail,” Lea County Sheriff Corey Helton said. “I still don’t understand why salons and other things can’t be open.”

And, mom-and-pop retailers say they could have been at the required levels, and still keep everyone safe all along.

“A furniture store is a little bit different, because we have such a big footprint, that our occupancy at 25% — we never have that many people in our store, so I’m great with it.” Waldrop said. “If I were a smaller (square foot) business, I might have an issue with it. For us it’s not going to be a problem.”

“For us, the occupancy restriction of 25% is not going to limit us in any way. We never have that many customers, unless we’re having a special event,” Smith said, referring to the square footage of her store allowing for a larger number of people. “I think what the limitations are going to be for us, is the masks. I understand the importance, but they do get very, very hot. But I do understand they may be important for our customers.”

“I run a custom jewelry store, and I typically don’t get but five or 10 people in at a time. My customer flow would still be under, no matter what, but we at least have a chance at making a living,” Tinley said. “If you’re going to be fair across the board, then all businesses should have been able to stay open with safety precautions in place. Everybody should be able to do that.”

And while shops are beginning to open, the governor also put forth a mandate requiring everyone in the state to wear a face mask when leaving home, for any reason — with exceptions. Those exceptions are when eating, drinking, exercising, or “when you are in front of a camera like I am,” Lujan Grisham said.

“A mandate does not hold any weight of law, and it does not have a penalty assessment assigned to it,” Helton said. “It’s not enforceable.”

“In regards to the Eddy County Sheriff’s Office: this is just like the rest of the emergency health orders that have been put out. We have neither the authority nor the desire to enforce executive orders from someone else’s boss. My deputies take orders from me,” Cage stated on social media. “I have spoken with state police. They will not be taking punitive action in relation to the wearing of masks in public. The governor even stated yesterday that would not happen.”

Both Helton and Cage said masks have been supplied for deputies, but they are not, and will not, be required to wear them.

If not wearing a mask isn’t punishable, or enforced by law enforcement, then how does Lujan Grisham expect it to be enforced? There seems to be conflicting statements from the governor’s office on this matter too.

“It’s not optional,” she said during her online press conference Wednesday. “Extreme positive peer pressure,” is how the governor said her new mandate will be enforced, with the unsaid undertone that retailers being allowed to open will be policing the matter for her, along with other individuals in the community who may give someone not wearing a mask a disapproving look.

Helton said the sheriff’s office will not waste resources on whether people are wearing face masks or not.

“We have more important things to be doing than checking people’s facial coverings,” he said.

Undoubtedly, some big box retailers will require people to wear masks to shop in those stores, but small businesses said, their job is not to police who is and who isn’t wearing a mask.

“In order for me to stay in business I’m going to have to go by her mandate, but I’m not going to require my customers to,” Tinley said.

“We are going to choose not to police it,” Waldrop said. “We are insisting that our employees wear them (masks) so that our customers will feel safe, and we have disposable masks to offer our customers if they want one. If they say no, they are still going to be able to come in. We will have hand sanitizer by the door, where they can spray their hands.”

“I’m not going to confront a customer. I’m not going to put restrictions on customers to shop and how they shop,” she said. “we’re not going to make a customer wear a mask. They know what the health orders are, and that is their choice. I don’t see my role as a business person enforcing how the public responds.”

“I have no ill will towards anyone who wants to wear a mask, or towards anyone who doesn’t want too, that’s their right. (But) I do not believe that’s my place (to enforce the mandate). It’s not a law, it’s a mandate. If they choose (to wear a mask), that’s great. If they choose not too, that’s great too,” Tinley added. “Small businesses can obviously disinfect and keep areas cleaner and restrict the flow of traffic a lot better that the big box stores.”

Smith also said she has never understood the reasoning behind closing mom-and-pop stores while herding throngs of people into big box retailers, where there may not be the same level of service and cleanliness that small stores can deliver.

“It never made sense to me that we drove people to big box locations and concentrated people in those areas. It will be interesting to see how many (small) businesses survive, (the governor’s actions) have been very harmful,” Smith said.

“I think local business owners will do a better job of taking care of their customers than the big boxes will, because they are our friends and our family and we live in the community with them,” Waldrop said. “So, we are going to take good care of them.”

Shopping local, and shopping for American made products seems to be something people are looking for as they start being able to support the community once again, Smith said.

“Our Merle Norman cosmetics franchise is American made, and we’ve had quite a few customers say, ‘I am shopping American made only.’ and they searched us out,” Smith said. “What we have seen is an intentional effort to come back in to us, knowing that we are local. So far people in the community have really embraced the opportunity to choose to shop local, which can make a huge difference (for the community) in our recovery.”

Smith, who was one of 15 retailers to sit on the governor’s retailer subcommittee, said she let the governor know her concerns for small retailers, not only as part of the committee, but also in a letter to the governor.

“I feel her (Lujan Grisham) decisions, and how she determined ‘essential’ and ‘non-essential’ really did a great deal of damage to small business, and I think the state of New Mexico thrives on small business. I think there’s been a lot of damage,” Smith said. “Money should not be in front of human life. It shouldn’t. But at the same time there is a balance in all of that. … No matter what side you’re on, this whole thing has been exhausting.”

And, because of the damage done to small business by the governor’s orders, retailers said mom-and-pop businesses should have never been forced to close.

“All businesses are essential, or they wouldn’t be there,” Tinley said. “For (Lujan Grisham) to shut down some, but not all, instead of putting restrictions on all businesses, maybe. She (the governor) has seriously harmed the economy in New Mexico, and there are some businesses that will never recover.”