District Attorney Dianna Luce reported in a news release that Jonathan Michael Thomas was arrested near Roswell and charged with aggravated driving while under the influence of intoxicating liquor and negligent use of a firearm.

“Mr. Thomas resigned his position on February 29, 2020,” Luce said in her news release. “Our office does not condone drinking and driving and the criminal case has been conflicted to the Ninth Judicial District Attorney’s office for prosecution.” 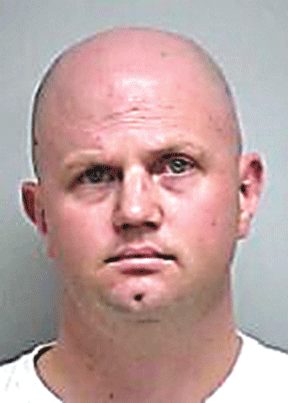 With the case now under the jurisdiction of the Ninth Judicial District in Clovis, Luce explained she could not comment on details.

“I conflicted the case upon receiving the call from the Chaves County Sheriff’s Office to the Ninth District Attorney Andrea Reeb, so I didn’t have anything to do with the charges or the investigation in any way,” Luce told the News-Sun.

Since the Chaves County Sheriff’s Office criminal complaint filed in the magistrate court of Chaves County mentioned no actual firing of the firearm, Luce explained, “Generally, in New Mexico law a person can be charged with negligent use if they have a firearm in the vehicle or on their person if they are under the influence.”

The criminal complaint a sheriff’s deputy responded to a call that a car driving eastbound on NM 380 “was all over the road and crossing over into oncoming traffic. … Calling party stated the vehicle pulled off the road and parked in a rest area.”

The deputy said when he arrived at the car, Thomas was sitting in the diver seat of the vehicle.

“At the time I contacted (Thomas) I noticed an odor of an alcoholic beverage emitting from the vehicle,” the officer stated. “I noticed (Thomas) to have bloodshot, watery eyes, and slurred speech.”

After his arrest, Thomas also declined to blow into the machine that takes a breath sample.

After kicking the door into a home, a Hobbs man threatened the resident by pointing a gun …