In one section of Robert Caro’s new memoir of his life as a historian, the 83-year-old author uses the word “write” metaphorically to mean much more than just putting words on a page.

In fact, Caro quotes President Lyndon Johnson to suggest the meaning he wants for the word.

To give context to Caro’s use of the word “write,” here is the paragraph about Johnson that introduces the expanded meaning of the word:

“So here is this figure — a huge figure — the young man who’s rising, who’s ruthless and cruel, nothing can stand in the way of his ambition. And who at the same time has this immense compassion, along with a very rare talent — a genius, really — for transmuting compassion into something concrete, into legislative achievement. That’s why, of all the sentences Johnson spoke in his speeches, I think one of the most meaningful was when he was speaking about John Kennedy’s civil rights program, Johnson said, ‘It is time now to write it in the books of law.’ “

“Writing” Kennedy’s civil rights program in the “books of law.”

As Johnson meant for the word “write” in his sentence, so I want to use the same word in the headline for this Last Frontier column. 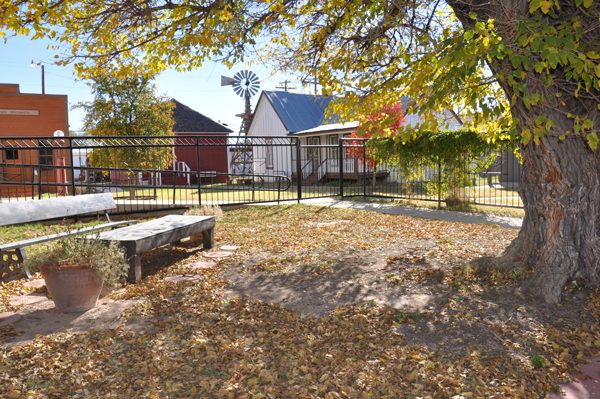 As examples of the 12 structures, here is a list of just six of the buildings under the care of the museum board and staff:

1) the 1918 Sewalt Home at the corner of Jefferson and Love three blocks north of the courthouse, an adobe home built by rancher Matthew Sewalt; 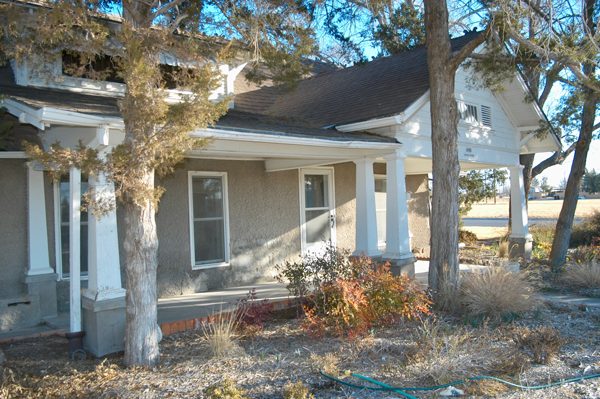 2) the 1918 Commercial Hotel on the southeast corner of the courthouse square and built by several ranchers one year after Lea became a county;

3) the 1909 Love Home in the museum village on the south side of the hotel and originally built by Jim Love, one of the two brothers who founded the town in 1908;

4) the 1931 two-story Lister Building built and owned by I. W. Lister, a pharmacist who left Seminole in 1919 to establish himself in the new and up-and-coming county seat of Lea;

5) the 105-year-old, one-room Baker School originally located 15 miles east of Lovington and known by a number of names, including BEB;

6) the 1928 Johnson Store which served Lea for almost a century as a seller of various goods, including in its last form as a women’s clothing store called Beverly’s.

Below is a list of six of the several-dozen exhibits located in the museum’s historic buildings:

1) the Lea County Museum Veterans Exhibit, located on the first floor the Lister Building and displaying dozens of photographs of Lea Veterans and a broad and tall panel showing poster-size photos of the Hobbs Army Air Field, 1942- 1946, and the men and women who served there;

2) The Harold Runnels Room located on the second floor of the Lister Building and containing the furniture and photos that were in Harold’s Washington D.C. office when he served as US Congressman between 1971 and 1980;

3) The Field Family Room located on the second floor of the Commercial Hotel building and containing photos and memorabilia of the families of rancher Ty Field and Mattie Field Chambers;

4) The Dessie Sawyer Room displaying memorabilia of the Tatum ranch woman, including some of the dresses she wore when she threw a Washington D.C. party for John F. Kennedy and Lyndon B. Johnson following the 1960 presidential election;

5) The Lea County Sports Hall of Fame in which can be found the stories and photos of such county heroes as Brian Urlacher, Kathy Whitworth, Roy Cooper, Bill Bridges, Tommy Black, Timmy Smith, Ralph Tasker, and Jack Abensham, among many others;

6) and the Johnny Etcheverry Exhibit in which can be read the story of the life of this second generation Lea Basque rancher and displaying the 1946 Aronca Champ airplane Johnny loved to fly over the many sections of his ranch west of Lovington.

In all of these buildings and exhibits, Lea County history is written in bold letters and with words and sentences describing life on the land that became Lea County and the many men and women, boys and girls who lived here, from the earliest Native Americans to the most recent immigrants who have moved here temporarily and permanently for the riches of Lea’s oil and gas fields and the other energy industries fueling our nation.

Historians are men, women, or institutions who WRITE the traditional and new narratives of the world, our country, state, county and other communities and institutions of a particular group of people.

As a final note, check out the developing new Lea County website at “leacountymuseum.org.”