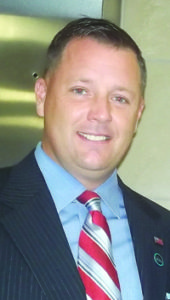 After Monday’s third of the year Hobbs City Commission executive session to discuss City Manager J.J. Murphy’s employment contract, a decision on if he goes or stays has not been made.

The city commission met in two executive sessions on March 6 and 24 to discuss Murphy’s employment contract. Mayor Sam Cobb said the commission, City Attorney Mike Stone and himself discussed three different options, which include a transition, a retention or letting Murphy’s contract end on Aug. 23.

Cobb has been advocating for a transitional agreement with Murphy for several months, but said after Monday’s meeting Stone and Murphy’s attorney will negotiate the finalization of his contract.

“I have advocated for a transitional agreement but there has not been a decision made,” Cobb said. “The instructions given to Mr. Stone after our conversation is to go ahead and see if that is something that could be acceptable. Then that will be reviewed and will come back in front of the commission at the next regular commission meeting Aug. 7.”

If the mayor and commissioners let Murphy’s employment run out in August, with Murphy’s current severance contract has the city potentially paying him his current $182,000 salary in one lump sum and includes health insurance for Murphy and his family as well as short and long-term disability for one year unless he finds employment. In all, the severance package has the city paying to the tune of some $300,000 for Murphy’s departure.

“If we do not offer him any other alternative agreement and his employment ends, under the terms of the contract we owe him a severance payment,” Cobb said.

A modified severance package that was voted down in October would have retained him at his current salary for one year as a consultant, paid him a vehicle allowance and some insurance coverage. Cobb said after that October meeting it would have cost the city somewhere in the neighborhood of “a little less than $200,000.”

Commissioner Pat Taylor said she came out of Monday’s meeting with many questions answered about Murphy’s employment contract but said she has not made a decision on what direction to go. She said she hopes to speak with Stone one-on-one after he meets with Murphy’s lawyer in the upcoming weeks.

“It’s still really up in the air,” Taylor said. “I am trying to make a decision on the one vote that I got. I’m still up in the air on my decision on what I want to do and what direction I want to go. We still need to get some more information.”

Commissioner Joe Calderon said during Monday’s closed session no one gave a final decision and Stone encouraged them to put their personal feelings aside and consider what would be best for Hobbs if Murphy stays or goes.

Phone calls made to commissioners Garry Buie, Marshall Newman and Cynthia Calderon were not returned by press time Tuesday. Commissioner Don Gerth said he had no comment to give on the matter at this time.

Attempts to contact Murphy through the City of Hobbs communications director were unsuccessful as of press time Tuesday.